Josef Olmert professor in the Political Science department at University of South Carolina to Gulan: The new administration cannot and will not ignore the new realities in the Middle East 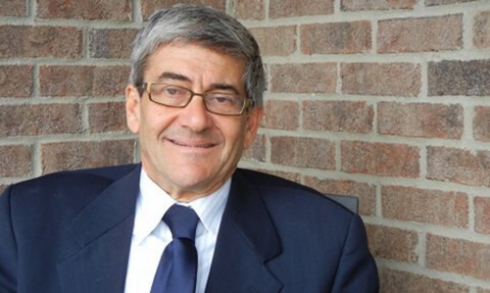 Josef Olmert is a professor in the Political Science department at University of South Carolina. He was also Adjunct Professor at School of International Service at American University, Washington D.C. Dr. Josef Olmert's career spans three decades. A native of Israel, he was formerly a professor of Middle Eastern Studies at Tel Aviv, Hebrew, and Bar-Ilan Universities in his home country. He has previously taught at Cornell University, City College of New York, and York University (Canada). In addition to his teaching work, Dr. Olmert served in senior positions in the Israeli government, such as the Director of Communications under Prime Minister Yitzhak Shamir and Policy Advisor to Defense Minister Moshe Arens. Dr. Olmert served diplomatic missions across the world and was a participant at the Madrid Peace Conference in 1991 and subsequent Israeli/Syrian peace talks. In an interview with our Magaizne he answered our questions like the following:

Gulan: First of all what do you make about the controversies surrounded the Us presidential elections and How do you assess the four years of Mr. Trump's administration in terms of its biggest achievement and its spectacular failures?
Professor Dr. Josef Olmert: The Trump Administration did not create the deep socio-cultural-political divisions in the US, but it definitely sharpened and exacerbated them. A lot of President Trump policies were sound and made sense, but the style of his presidency and the deep divisions cited above clearly created the impression of a failed presidency, an impression increased by the mobilization of the mostly Liberal, main stream media against him. The fact, that he was not reelected indicates very clearly, that the American people preferred to return to a style of more benign, calmer presidency.

Gulan: What is your expectation of president-elect. Mr. Joe Biden performance on American domestic issues, like achieving better economic growth, better handling of the pandemic, dealing with the racial discrimination?
Professor Dr. Josef Olmert: President-elect Biden was elected to be a healer, not a revolutionary president. This is why he won the Democratic nomination in the first place-as indicated above, the American people refrained from polarisation and conflict, which were heightened by the Trump presidency style. Biden, therefore, will try to restore bi-partisanship , and that means cooperation with the Republicans in Congress. Let us remember, that the Democrats did not win the Senate, and lost 10 seats in Congress.

Gulan: It has been said that Mr. Trump Administration's foreign policy approach has undermined US alliances and alienated even many long-standing US allies, and damaged American global leadership and standing, first do you agree with that? and if so to what extent president-elect. Mr. Joe Biden will be willing and able to repair that damage?
Professor Dr. Josef Olmert: I agree, that Germany and France led opposition to Trump in Europe, and that China-US relations worsened because of Trump policies, but , on the other hand, there was a distinct improvement in US position in Africa, South America and the Middle East. Biden will have to be very careful not to repeat the mistakes of President Obama , who was full of nice words and intentions, but lack of decisive, credible actions.

Gulan: Do you believe that the election of Mr. Joe Biden would lead to the fundamental change in the the American Middle East, especially with regard to Nuclear Deal with Iran, US-Israel relation and Israel-Palestinians conflict?
Professor Dr. Josef Olmert: President Biden will return to a modified, negotiated version of the Iran nuclear deal, but it also depends on the Iranians. I find it difficult to believe, that the US will restore the deal as if nothing happened in the last 4 years. Let us remember, that the situation now is not what it was in 2015-Israel is closely collaborating with the Sunni Gulf states against the Iran deal, and the US will have to take that into account.The Palestinian issue will get higher priority by Biden, and there will be gestures towards the Palestinians, but I do not expect a fundamental change , and the Palestinian expectations in this regard will not fully mateialize.

Gulan: What do you make about the recent peace deals between Israel and some Arab countries? and in your opinion what will be the position of Biden's administration with regard these deals?
Professor Dr. Josef Olmert: The new administration cannot and will not ignore the new realities in the Middle East. Maybe the Saudis and others will go slower, and less public with Israel, but the Iran issue, the fear from Islamic Fundamentalists and the economic interests will ensure a continuation of the positive trends in the relationships between Arab countries and Israel.

Gulan: Now Mr. Joe Biden has been elected as the US President, do you anticipate that his previous plan for soft partition of Iraq will be gain momentum and be implemented?
Professor Dr. Josef Olmert: No, Biden regrettably will not follow on his Iraq partition ideas... I published an article few years ago praising him for that...