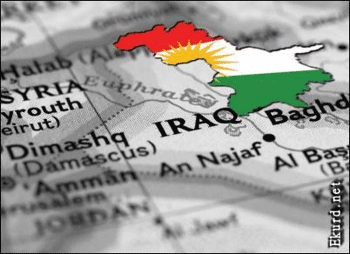 How is Kurdistan perceived today in the world? To a great extent, the answer to that depends on where in the world the Person answering that question is. There are also distinctions to be made between the perceptions of ordinary people and those of their governments. Iraq perceives Kurdistan as a part of its territories, thanks to the after effects of the Treaty of Sevres, and close to a hundred years of being joined together as a result. Its government has consistently tried to extend its power into the region, and constitutionally, Iraq and Kurdistan have affirmed their links to one another.

It is important to understand this, because it helps to explain some of why Iraq has been so reluctant to let Kurdistan go fully, and why it might be reluctant to do so in the future. It views Kurdistan as its territory on the basis of a history of nearly a century of control, creating the classic problem with an area where there is historical weight behind the claims of both sides, making it harder to persuade one to let go of those claims. I am not saying that Iraq is in any way right in its claims to Kurdistan, merely that we must recognise how entrenched those claims have become over the years.

At the same time though, there are clearly elements in Iraq who see Kurdistan as something separate. There is its current nearly autonomous status, so that Kurdistan and Iraq talk to one another more like two neighbouring countries than a country and a region within it. There is the slow disconnection of Kurdish interests from the politics of Baghdad, at least partly through the efforts of Iraq’s government. And then there is the fact that Iraq has been seeking to extend its power in Kurdistan for much of the hundred years it has laid claim to it.

From police stations and public buildings to full military invasions, again and again, the Baghdad government has sought to stamp its ownership of Kurdistan on the region. One does not seek to build connections in a place that is already connected. The very fact that it feels the need to keep doing these things shows that there have always been those in Iraq who have recognised that Kurdistan has never been fully integrated with the main body of the country.

Perceptions of Kurdistan among its other neighbours obviously vary somewhat according to the individual politics of the regions concerned. Turkey, Iran and Syria do not react in exactly the same ways to issues around Kurdistan. Yet in many ways, the differences are about their reactions to the idea of Kurdish identity, rather than Kurdistan as a region or potential country.
In terms of perceptions of Kurdistan as a country, its immediate neighbours are in a complex position. On the one hand, Kurdistan is a potential trading partner as one of the most stable zones in the wider area and as a resource rich region. The oil pipeline between Kurdistan and Turkey proves the value of those links. Yet there is also a clear sense of hostility of many of the governments involved, because they fear trouble with their own Kurdish populations, or are at war with them, or they fear the potential for expansion of any Kurdish state.

The result of this is that Kurdistan finds itself essentially surrounded by Arab states that do not fully trust or like it. There are old grudges being continued and old attitudes towards Kurdistan that need to be overcome for a stable region. The process of building that trust is an ongoing one, but it has complicated Kurdistan’s cross border relationships for decades.

In the much wider world, the first question is the extent to which people have heard of Kurdistan. Often in the case of the general public in places like the United States or UK, they could not locate Kurdistan on a map. Many of them would never have heard of the region. Even a quick, relatively unscientific sampling of people suggests that there is only a limited popular awareness of Kurdistan in countries outside the Middle East.

Even among those who have vaguely heard of the region, there is some confusion. There are those who seem to confuse it with the Central Asian country of Kyrgyzstan, between Kazakhstan and China. There are those who are aware of it only in terms of Iraq and perhaps Saddam’s atrocities against my people. Certainly, most people seem to be unaware of its complex issues over sovereignty, either ignoring it completely or assuming that it must be a country and that therefore there is no problem.

These issues are almost as pronounced among many governments around the globe. Kurdistan maintains a continuous programme of contact with other nations; of ambassadorial visits and talks with senior figures. It does so because it has to in order to ensure that Kurdistan is not forgotten as an international priority. The prevailing mood among those nations further from Kurdistan seems to be one of almost wanting to forget about its existence.

Where it is remembered, it is often a struggle to persuade people to see the region in the way it wants to be perceived. The United States has, for years, had Kurdistan’s main political parties on a list of groups supplying money to terrorists or groups conducting armed struggles against their governments. Why? Because those parties did indeed engage in such struggles: against Saddam Hussein. Many countries refused, or continue to refuse, to acknowledge the genocide of the Anfal there.

They see Kurdistan’s desire for independence as none of their business, or as a symptom of a wider breakdown in stability across Iraq, Syria and beyond, and thus as something to be resisted. These are attitudes that need to be changed if Kurdistan is to become, and stay, an independent country. It needs international partners, which means that it needs international perception of it to be on its side.
It needs other countries to go from either ignoring it or seeing it as a part of the problems of the wider region to seeing it as a part of the solution. That shift in perceptions can only be achieved through an ongoing programme of education and engagement designed to show the wider world what Kurdistan is actually like.