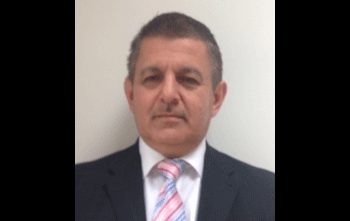 The debate surrounding Kurdistan’s Presidency has been going on for quite a while with detrimental effects on various aspect of life in Kurdistan. Those who oppose Barzani’s Presidency claim to base their case on their interpretations of elements of the constitution. Even if their side of the argument is a valid one, which I do not think it is, they are as a consequence of their opposition degrading the status of the seat of “Presidency of Kurdistan” itself and reduce it to a mere “office job” rather than a “Leadership Presidency”. This has a far more damaging effect on the Kurdistan we all aim to protect.

To better understand the differences between the two views of a presidency I draw the attention of opponents of Barzani to historical precedencies from various US Presidents during emergencies faced by the US throughout its history.

During the American Civil War, Lincoln assumed war powers as commander-in-chief of the military but made no claim that the constitution allowed him these powers. Without congressional authorization, Lincoln unilaterally expanded the military, suspended habeas corpus, arrested citizens, proclaimed martial law, seized property, censored newspapers, and emancipated slaves. Lincoln justified the actions as necessary to preserve the country rather than by the constitution. However, he stated that the presidential war powers would cease to exist once the national emergency, the Civil War, ended.

In 1900, President William McKinley sent 5,000 troops to China for political purposes without congressional approval, thus sidestepping the US constitution. President Theodore Roosevelt sent troops into many Caribbean countries and established new governments in several without congressional approval. In 1950, Truman had sent troops to the Korean War without Congressional approval. Such actions from US presidents continued to our present day. US presidents throughout the history have decided that the constitution is not the arbiter in matters of great national security.

So the question then becomes: when can a president be justified in starching and going beyond the constitution? This question lies at the heart of the debate on Kurdistan Presidency.

Michael Genovese in his book The Presidential Dilemma, 2011, explains that the Founders of the US did envisage the possibility of a president acquiring “superconstitutional powers” in times of national emergency such as war, natural disasters, civil unrest and so on.

Lincoln during the Civil War and Roosevelt during the Depression act as examples of presidents who when faced with a crisis acted swiftly and decisively, assumed extra constitutional powers. However, we must not confuse such appropriate acts from acts committed by dictators or those who conspire against their constitution. Several factors must occur for a president of any democracy to decide to act as a crisis president and go beyond the constitution.

These are: (1) the president and the country must face a widely recognised emergency, (2) parliament or congress must, within a reasonable consensus, accept that the president will exercise supra constitutional powers, (3) the president must have the support of the people.

“The Constitution has never greatly bothered any wartime president,” wrote Francis Biddle, F.D.R.’s attorney general during World War II. There is an old legal maxim that in time of war the laws are silent.

So far we have shown that one of the greatest democracies in our times namely the US democracy has enables its presidents, and supported by the people, to acquire and act powers beyond their own constitutions. Does this have any relevancy to Kurdistan, Kurdish people and its political elite?

Kurdistan is facing unprecedented existential threat from ISIS that is likely to continue for quite a while and even when it is defeated there are no guarantees the vacuum will be filled by genuine democratic systems friendly to Kurdistan and its people. There is overwhelming support fro Barzani’s leadership as a president and as a commander of chief in the war against ISIS.

In such circumstances opponents of Barzani should take heed from the history of US democracy and not only accept Barzani’s continued presidency but aggressively support it. Such a move will not only ensure the survival of Kurdistan during such critical times but will also demonstrate to whole world that the Kurdistan’s political system is mature enough and strong enough to allow its president powers and support beyond its constitution. The world will see Kurdistan presidency as not a simple office position that gets filled periodically but it is a Leadership Presidency. This can only happen if all sides of the political spectrum elevate their views of what it means to be President of Kurdistan.