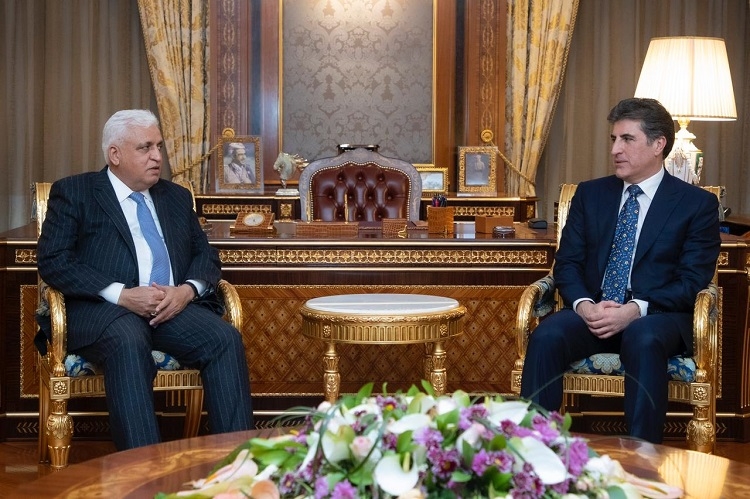 Discussions focused on the political process in Iraq and the latest developments in the country including the ongoing talks among political factions and their efforts to hold the first session of the newly elected parliament. The President and the PMF Chairman also discussed the formation of the new federal government in Iraq.