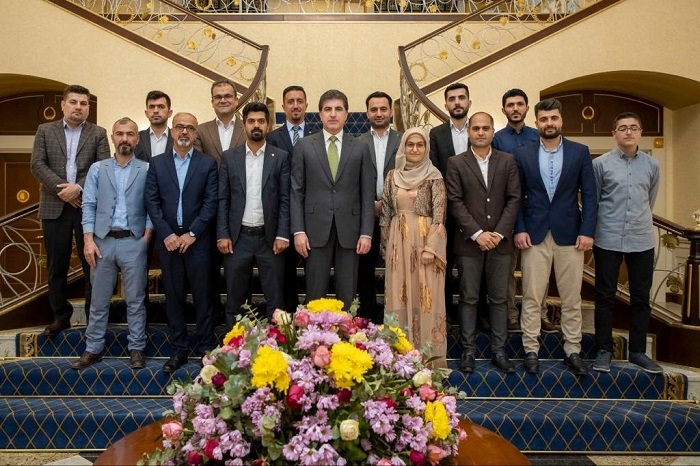 President Nechirvan Barzani received on Friday in Erbil a group of young developers who have successfully added the Sorani dialect of the Kurdish language to Google translate. The young innovators have voluntarily worked on their software project.

During their meeting with the President, the young inventors shed further light on their successful project and the long process of adding Sorani dialect to Google translate.

The young innovators also presented an overview of their upcoming plans to add voice and photo search to their project in the near future. They also shared their plans with potential tech companies, whose services are available in the Kurdistan Region, to add Kurdish software to their products.

The President reiterated his full support for the future work and projects of the young innovators and anyone who aspires to use technology to make contributions to the Kurdish language.

The President urged the young developers to continue working as a team to be able to make greater contributions. The young innovators thanked the President for his warm reception and support.