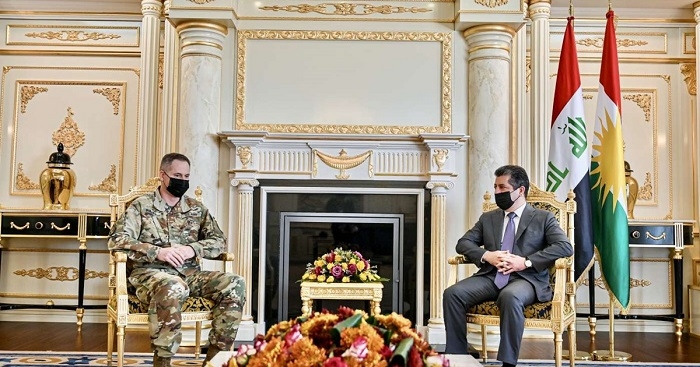 Prime Minister Masrour Barzani on Tuesday met with a US military delegation led by Brigadier General Keith Phillips, senior military advisor to the US Embassy in Iraq, at the end of his deployment.

Prime Minister Barzani expressed his gratitude for US support of the Peshmerga forces. He also wished the Brigadier General the best of luck in his future endeavours.

Brigadier General Phillips, in return praised the role and efforts of Prime Minister Barzani in the reform process in the Ministry of Peshmerga. He added that the reforms are a crucial factor in the continuation of US and Coalition aid to the Peshmerga forces.

Both sides also discussed the latest developments in Iraq’s security, the fight against the Islamic State (ISIS) terrorists, and the importance of coordination between the Peshmerga forces and Iraqi army.