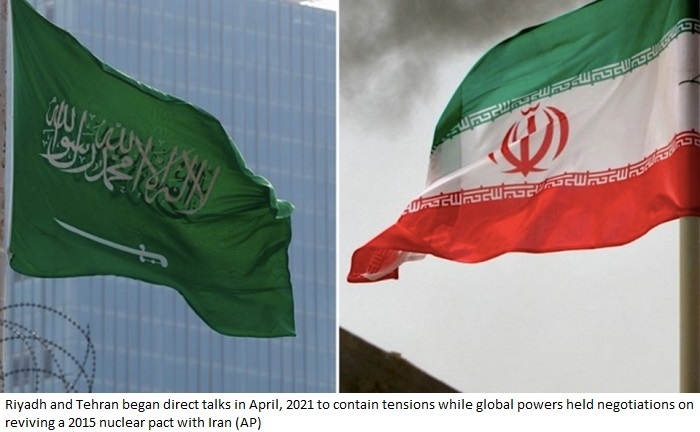 Iraq’s top diplomat said his country is ready to facilitate the resumption of negotiations between Iran and Saudi Arabia with the aim of mending ties between the two regional powers.

In a phone talk with his Iranian counterpart on Thursday, Iraqi Foreign Minister Fuad Hussein announced the Iraqi government’s readiness to clear the way for the restart of negotiations between Iran and Saudi Arabia in Baghdad, ISNA reported.

He expressed hope that the talks between Tehran and Riyadh will lead to “positive developments” and the restoration of relations between the regional heavyweights.

In a recent meeting with Iraqi Prime Minster Mustafa al-Kadhimi in Tehran, Iranian Foreign Minister Hossein Amir-Abdollahian thanked Iraq for promoting regional dialogue and playing a constructive role by mediating the talks between Iran and Saudi Arabia, and welcomed any initiative to pave the way for the reopening of embassies in Tehran and Riyadh.

Baghdad has hosted several rounds of talks between Iranian and Saudi representatives over the past year.

Diplomatic relations between Tehran and Riyadh soured following the January 2016 execution of a prominent Shia cleric in Saudi Arabia. Riyadh cut ties with Tehran after attacks by angry protesters on its diplomatic missions in Tehran and Mashhad.