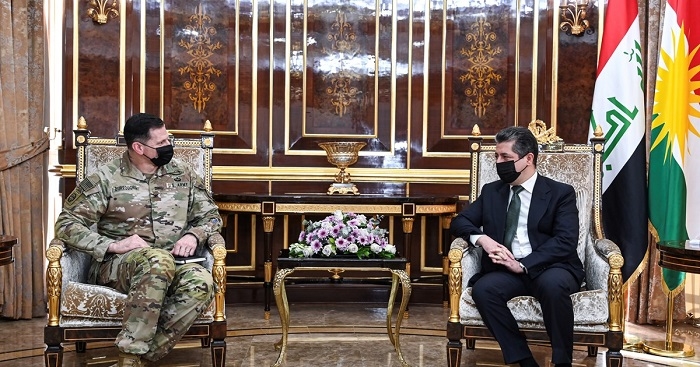 Prime Minister Masrour Barzani on Wednesday met with a delegation from the Coalition Forces led by Colonel Todd Burroughs, Deputy Director of the Military Advisor Group (North) in the Kurdistan Region of Iraq within the Combined Joint Task Force Operation Inherent Resolve (CJTFOIR).

In the meeting, ongoing reforms within the Ministry of Peshmerga and the importance of supporting the Peshmerga in their fight against ISIS were discussed.

The importance of further developing cooperation between the Iraqi Army and Peshmerga forces in order to ensure the security of the region was also emphasized.