Russia announces the 'surrender' of nearly 1,000 fighters at Azovstal steelworks 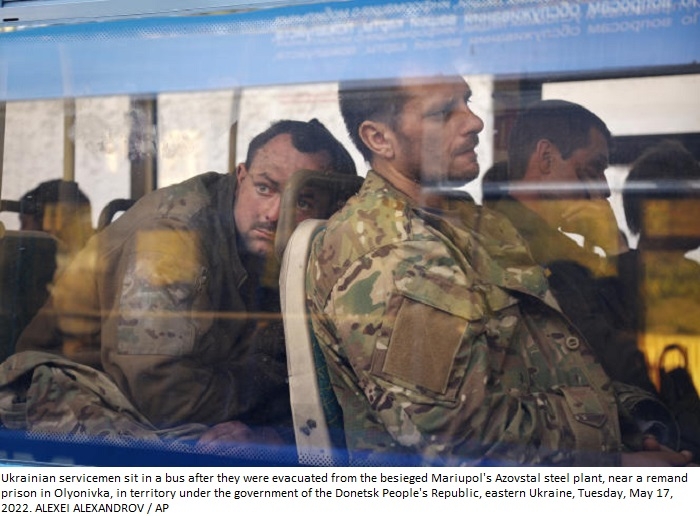 Russia announced on Wednesday the 'surrender' of nearly 1000 Ukrainian soldiers after they were holed up in Mariupol's Azovstal steel plant for weeks.

Russia's defence ministry said that 694 Ukrainian fighters holed up in Mariupol's Azovstal steelworks had surrendered over the last 24 hours, RIA news agency reported on Wednesday. Since Monday, 959 militants from Azovstal have surrendered, 80 of whom were wounded, RIA reported, citing the ministry.

Donetsk separatist leader Denis Pushilin said that a court would decide the fate of the Ukrainian fighters who had surrendered, a local media outlet reported.