President Nechirvan Barzani receives a delegation from the French Senate 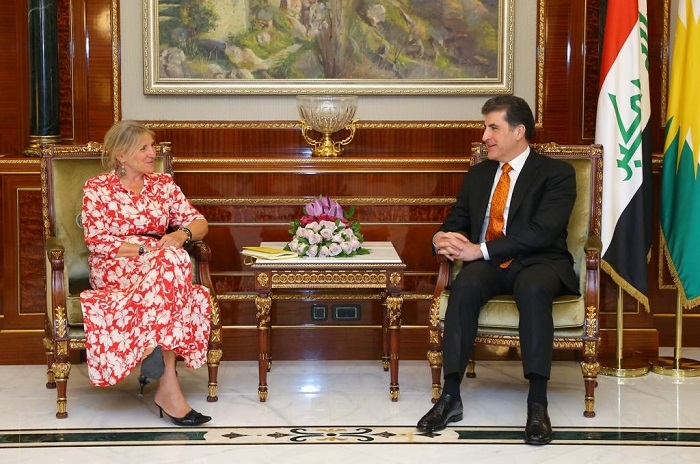 President Nechirvan Barzani received a delegation from the France-Iraq Friendship Committee of the French Senate, led by Nicole Duranton, accompanied by a number of members of the committee and the French Consul General in the Kurdistan Region.

In the meeting, the visiting delegation reiterated France’s support for the Kurdistan Region and Iraq and expressed their appreciation for the sacrifices and contributions of the Peshmerga in defeating ISIS. The delegation reiterated that France attaches great importance to its relations with Iraq and the Kurdistan Region and seeks to strengthen its bilateral ties with the country in all areas of cooperation.

Regarding the situation in Iraq, the President highlighted that the resolution of the outstanding issues between Erbil and Baghdad is the key to radically resolving the problems of Iraq, pointing to the important role of the international community and France, especially in helping Iraq to solve its issues.

Discussions also focused on the latest political developments in the country, the status of Sinjar district and the areas of Article 140 of the constitution, the dangers of terrorism, the movements and threats of ISIS, the situation in Syria and the wider region.