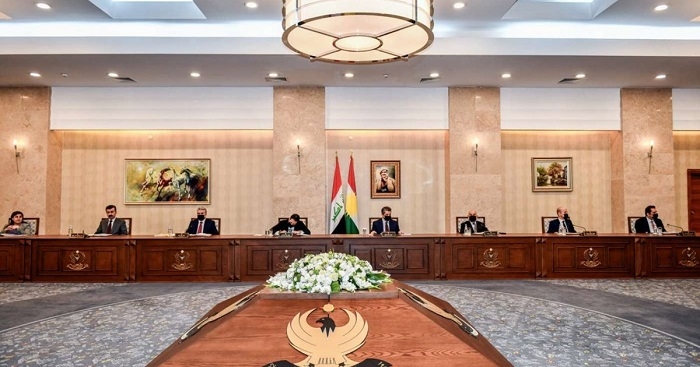 Opening the meeting, the Council was briefed on the KRG delegation’s visit to Baghdad and their joint report with the Baghdad auditing team was presented to the Council. The Council stressed the importance of continuing talks with Baghdad in order to resolve outstanding issues, and the team were tasked with cooperating with concerned parties on this matter.

Thereafter, the head of the high committee for implementing a new reform law presented their third report to the Council of Ministers regarding this law. The Council decided that each Ministry will showcase their progress in implementing reforms, supported by data, next week, and address their future plans and agenda.

The second part of the meeting saw voting on adding the president of the Diwan of Council of Ministers to the Kurdistan Region’s Council for Oil and Gas Affairs, which was approved by the council.

In the third part of the meeting, the Minister of the Interior briefed the Council on their work in preserving the land of the Region’s Christian community. Prime Minister Barzani affirmed that the KRG will continue to preserve the rights of all constituent communties and that coexistence and forgiveness are among the main pillars of the Kurdistan Region.

In the fourth part of the meeting, the Council approved extending the period of debt reduction on money owed to the government by the people. The extension will be for 90 days and will be the last such extension.

Closing the meeting, Prime Minister Barzani tasked the Ministry of Natural Resources and all concerned institutions with resolving increasing fuel prices as soon as possible, noting that these rises have become a huge burden on people.