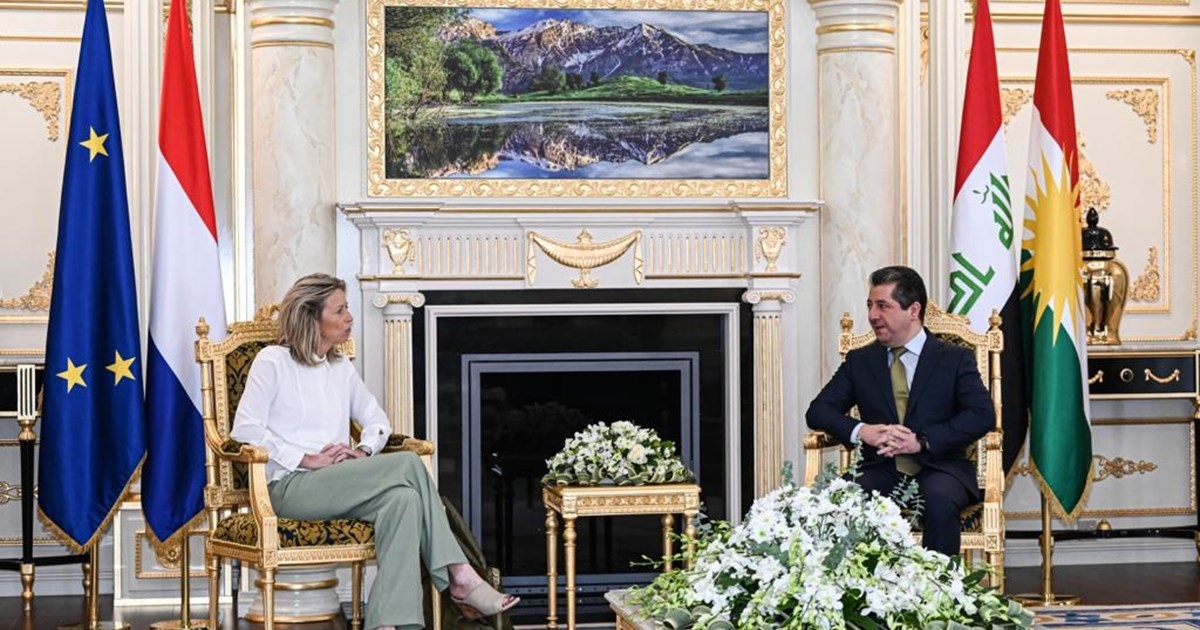 Prime Minister Masrour Barzani on Tuesday received the Minister of Defense of the Netherlands, Kajsa Ollongren in Erbil.

The meeting focused on the security, stability, and sovereignty of the Kurdistan Region and Iraq, the cessation of repeated attacks on the
Region, the threat of the Islamic State (ISIS), and efforts to unify Peshmerga forces as part of the KRG reform agenda.

Prime Minister Barzani thanked the Netherlands for its continuous support of the Kurdistan Region as part of the International Coalition, and for supporting the Ninth Cabinet's reform agenda and its efforts towards economic diversification. He also stressed the Region’s willingness to maintain amiable ties with neighboring countries.

Defense Minister Ollongren said the Kurdistan Region and the Netherlands share a strong and friendly relationship and reaffirmed continued cooperation and her country’s support of the Peshmerga.